Addressing the members of the House Subcommittee for Africa, Global Health and Human Rights, Ker said, “From a time I can’t remember until very recently, I slept with cattle and goats. … Like them, I was property.  But the animals weren’t beaten every day. I was.” Ker was frequently tortured and eventually blinded by his master.  Ker, now a teenager, was released from slavery last year, but his mother, a victim of extreme violence, remained behind.

Ker begged the American people and government to find a way to free his mother and the other Southern Sudanese who remain in captivity in the north.  “You are powerful men and women,” he said. “Please, find some way to help.”

In addition to Ker’s testimony, the subcommittee was presented with a video recording of the late Dr. John Garang, who subsequently became First Vice President of Sudan, and president of the autonomous region of South Sudan, calling for an international campaign and a domestic Sudanese conference for the eradication of slavery in Sudan.

Testimony was also presented by Ellen Ratner of Talk Radio News, who has participated in the documentation of freed Sudanese slaves, and who has enabled Ker to have eye surgery in the United States.  She stated, “Every time I look into young Ker’s damaged, unresponsive eyes, I sense the unspeakable suffering endured by him, and his mother, and countless thousands of others still being held.”

According to a leading member of the Sudanese Government’s now-defunct Committee for the Eradication of the Abduction of Women and Children, James Agueir Alic, approximately 35,000 Southern Sudanese remain enslaved in the North.

Last week, 412 men, women and children were liberated from slavery in north Sudan, and repatriated to their homeland, South Sudan.  CSI, which facilitated their liberation, was present to document their experiences, and provide them with food and other supplies. 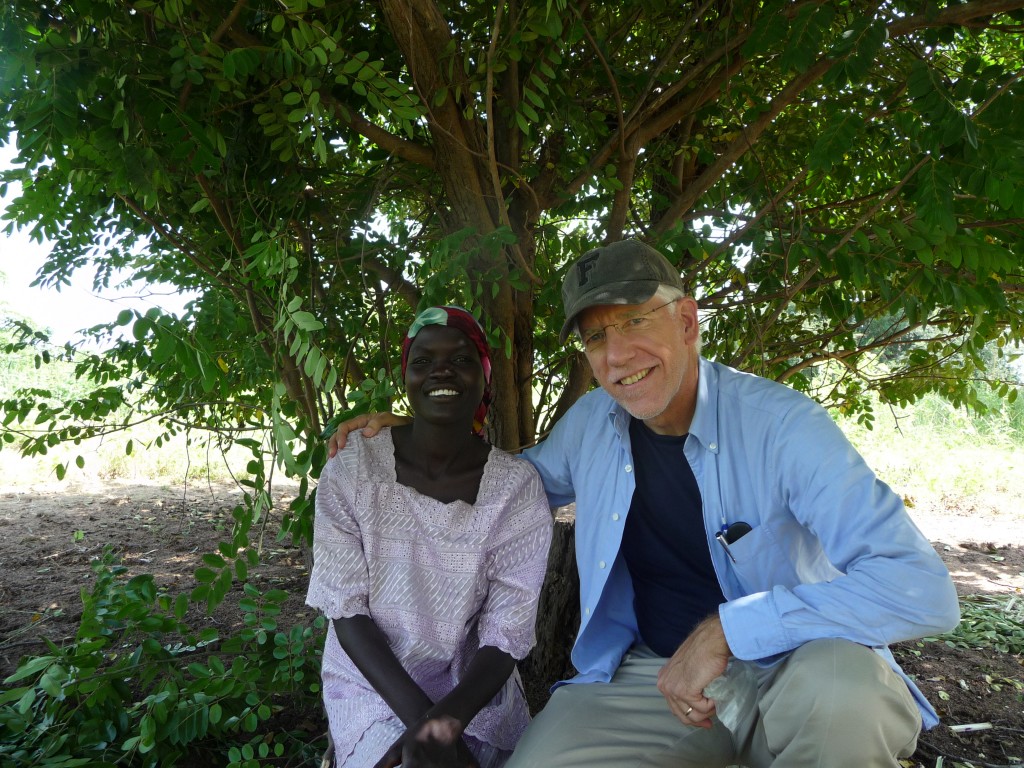 Dr. Eibner with Akec Akec Wol, one of the 412 people freed from slavery in September 2011 through CSI’s underground network.

The liberated slaves were either captured by Sudanese government militias, or were the offspring of captured female slaves.  The overwhelming majority of them were subjected to horrific abuses, including regular beatings, rape, genital mutilation, death threats, forced labor, racial insults and forced conversion to Islam.

Subcommittee Chairman Congressman Chris Smith called on the U.S. government to vigorously combat slavery in Sudan – an internationally recognized crime against humanity.  He also declared, “Christian Solidarity International’s lifesaving work in slave redemption often goes unrecognized.  I would like to publicly thank CSI for their work.”

The CEO of CSI-USA, Dr. John Eibner, calls on the U.S. government to make the eradication of slavery in Sudan a policy priority.  He furthermore warns that, “Slavery in Sudan is a symptom of an underlying racism and religious bigotry that, if not addressed, could lead to an unraveling of North-South peace and bring yet more violence and death to that troubled region.”