The Islamic State’s reign of terror has focused world attention on the enslavement of non-Muslims in Iraq and Syria. But CSI has been working to liberate Christians and other South Sudanese people from jihad slavery in North Sudan since 1995. In April, four hundred people were freed from slavery and repatriated to South Sudan through underground networks supported by CSI.

The CSI team met with these slavery survivors in April 2016 to document their stories and provide them with humanitarian aid. All of the survivors were either kidnapped and enslaved during Islamist North Sudan’s 1983-2005 jihad against the Christian and animist South, or born into slavery in the North. Most had been subjected to forced labor, torture, sexual violence and forced religious conversion. They join in freedom 400 other people liberated in February, and tens of thousands freed since CSI began operating in Sudan in 1995.

Among the survivors were: 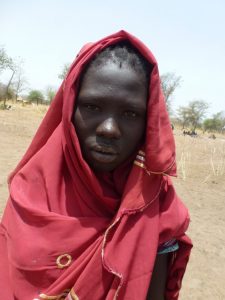 Ajak Bak Marach, 18 – I was born into slavery in North Sudan. As a girl, I was separated from my mother, an enslaved Dinka woman, and given to an old Arab man named Bujo. My mother is still in slavery. Bujo forced me to work for his family, look after his goats, and clean his house. He forced me to be a Muslim, and to be circumcised. I was told that this was because I had to be a “clean Muslim.” When I heard that CSI’s slave retriever was in the area, I ran away from my master to meet him. I am happy to be in South Sudan. Here, I will start my new life, and no one will force to do something I do not like. 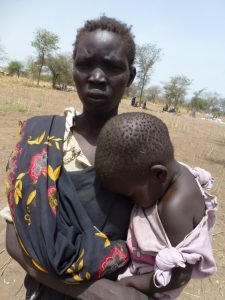 Aweek Yak Bak, about 23 – I was kidnapped with my mother when I was still very young. We were taken to
North Sudan, where I was separated from her and given to an Arab man as a slave. My master forced me to be a Muslim, to pray and to fast during Ramadan. He also raped me. His wife did not like me. She beat me when I didn’t do what she wanted. After he had raped me, my master gave me to a male slave in his house. He is the father of my child, and he is still in slavery. 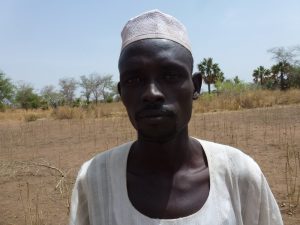 Dut Ngong Kon, about 37 – The Arab slavers came on foot and on horses. I ran, but two of them caught up to me and pushed me down. I was very young. I was forced to walk north with the other people they captured from my village. They beat anyone who walked slowly, and killed two men for trying to escape. In slavery, I was not allowed to play or eat with the other children. I was forced to be a Muslim and pray five times a day. I learned to speak Arabic very well.  I am happy to be back in South Sudan. I will look for my family. 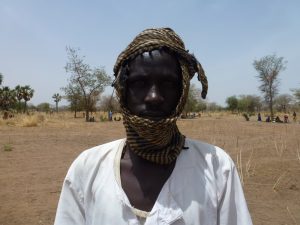 helping my father on the farm when the Arabs came for us. My father ran, but I was caught. The Arabs forced us to walk in a single-file line towards the North. Our numbers increased as the Arabs kept attacking villages we came across. People afraid of being killed. In slavery, I was forced to work and to be a Muslim. I had to sleep with the sheep, and eat by myself. My master would beat me if I asked for a rest. When I heard that CSI’s slave retriever was in the area, I escaped at night and met him. He brought me back to South Sudan.

CSI provides every person freed from slavery through its networks with a survival kit and a female goat, to help them in their transition to life in South Sudan.

Thousands of people are still enslaved in North Sudan. Help us bring them home!