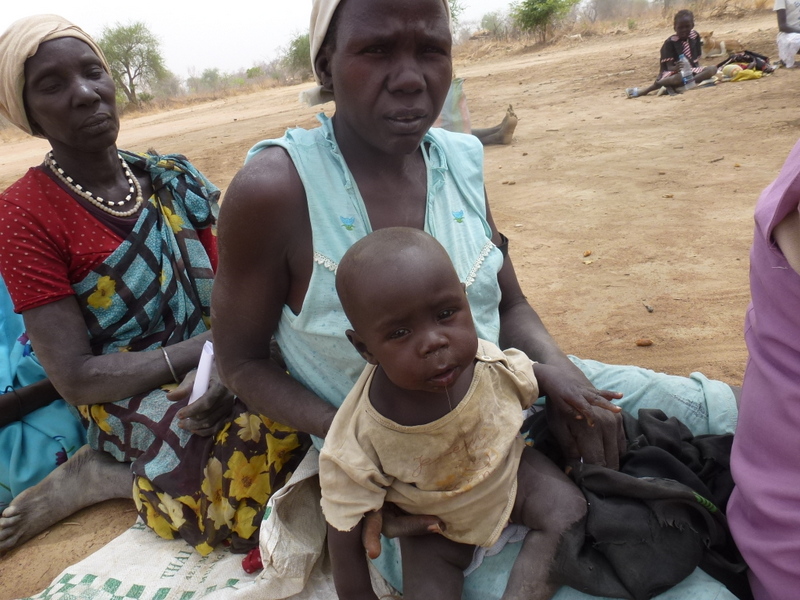 “When I was a young person in South Sudan, no one ate leaves, but now people are very desperate and they eat anything they can find to save their lives.” 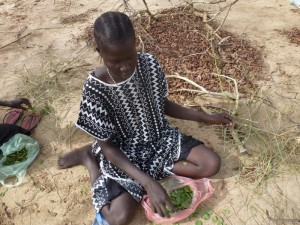 A South Sudanese woman collecting wild leaves to boil for her family’s dinner.

Franco Majok, CSI’s program manager for South Sudan, said this to us last month after completing a CSI food relief mission in North Bahr el Ghazal state. A bad harvest, continued internal violence in South Sudan, and the closing of the border with North Sudan to trade have created a crisis of hunger in this region, the home of most of the people enslaved by North Sudanese jihadists during the 1983-2005 civil war – thousands of whom CSI has helped liberate.

“Some families are going 2 or 3 days at a time without any food,” Majok reports. “A family can have one meal today, but the parents would not have any idea of what their families will eat tomorrow or in the coming 3 months. This is true to every family in remote areas of Northern Bahr el Ghazal.”

So far, CSI has helped 1,750 suffering families with gifts of sorghum grain. CSI has also distributed over 2,000 hoes for cultivating grain, 2,000 more for growing peanuts, and 1,000 goats, which eat the plentiful grass of North Bahr el Ghazal and provide meat, milk, and eventually, more goats. The amount distributed should provide for their needs until the end of June. “We hope to distribute more soon,” Majok says. “The critical phase will continue until August.” 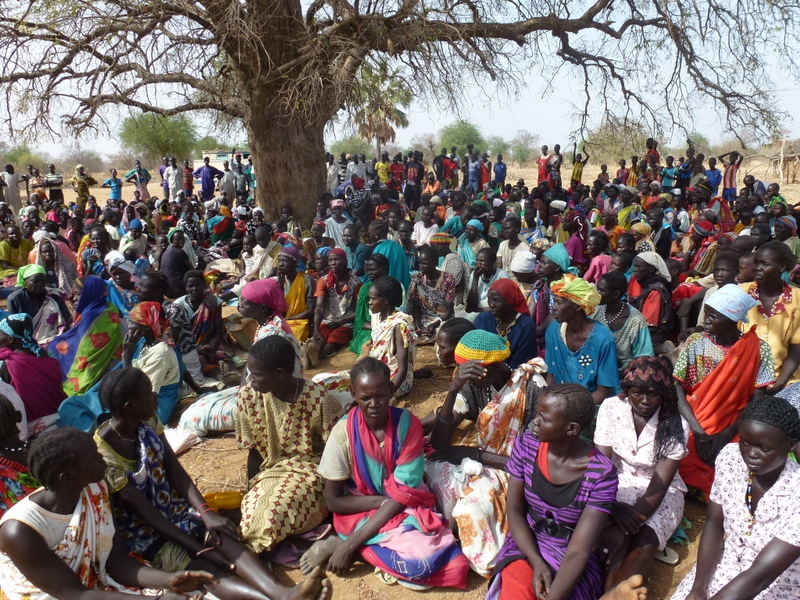 At the moment, CSI is able to buy a kilogram of grain for $1. Depending on the number of children, a gift of $12-50 can feed a family for a month – until the crisis ends and the rainy season returns this fall. Donate now! 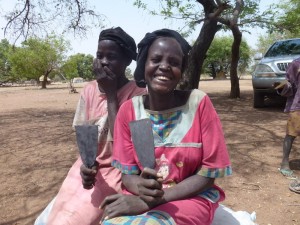 Nyijok and her friend show off the new hoes they got from CSI to start preparing for the next harvest! 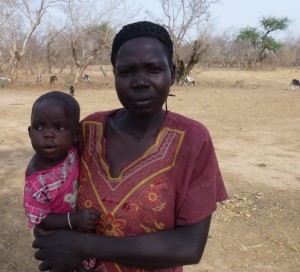 Ajok has six children. Their entire grain harvest failed due to the poor rains this year. She had been feeding her family on wild leaves, until they received 50 kg of grain and a hoe through CSI’s hunger response operation! 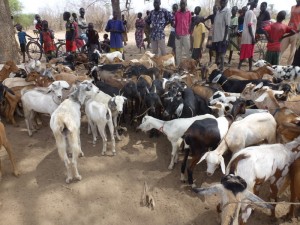 CSI has distributed 1,000 goats to needy families in the last few months! 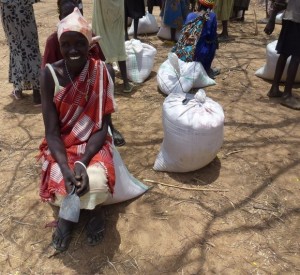 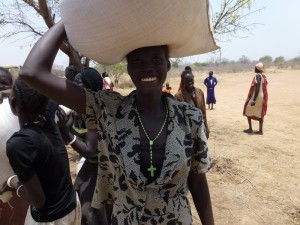 Akuol also received 50 kg of grain and a hoe to help her provide for her six children.