“What is happening to the Christian community in Iraq is genocide.” 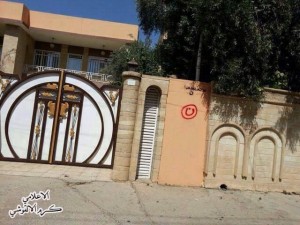 Iraq’s Christians are under attack. Al Qaeda-linked terrorists have declared an “Islamic State” in Iraq’s second-largest city, Mosul, and much of the country’s northwest. In July 2014, Christians living under the Islamic State’s rule received an order to choose one of three options: convert to Islam, pay an enormous tax and live as second-class citizens, or be killed. Most Christians fled for their lives.

Christians have lived in Iraq for nearly 2,000 years, and still speak the language of Christ. But since 2003, over a million Christians have fled from Iraq to escape a campaign of church bombings, abductions and massacres. Most Christians who remained have fled to northern Iraq, where they suffer from unemployment, poor living conditions, discrimination, and now the threat of attack from the Islamic State.  With the help of local partners, CSI makes regular trips to Iraq, bringing relief aid to Iraqi Christian communities on the frontlines. 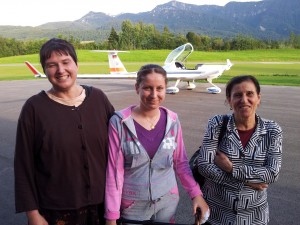 Farah in Germany for her procedure.

In May 2010, Farah was on a bus carrying her and other Christian students from their village to Mosul University.  Terrorists bombed the bus, killing several students and wounding many others.  Farah lost her right leg and the use of one of her hands in the bombing.

After the bombing, Farah’s wedding engagement was dissolved and she had to drop out of university.  But she was determined not to give up.  CSI provided her with medical treatment, and in October 2012, flew her to Germany to be fitted for a prosthetic leg.  She told us, “CSI has given me new life. Before CSI came, I was like a prisoner in my house.  Now, life is like it used to be.  I visit friends and go to church.  I’ve finished university and gotten a good degree.” 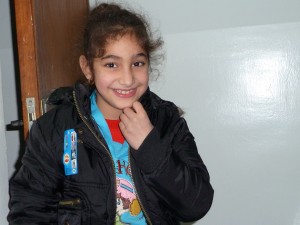 We met “Khalil” (not his real name), an Iraqi Christian man, in December 2012.  At the height of anti-Christian violence in Iraq in 2007, Khalil fled Baghdad for northern Iraq with his wife and two daughters. Khalil’s family fled again to Syria in 2009 after a bombing attack wounded his nephew. Last July, the Syrian Civil War turned them into refugees for a third time, forcing them out of Damascus and back to Iraq.

Khalil received a kerosene heater and winter jackets for his daughters. He told the team, “We realize now that someone is thinking of us. Thank you!” 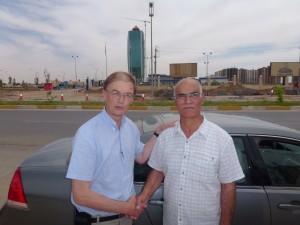 “Yousef,” an Iraqi Christian doctor, used to run a clinic in Mosul, one of the most dangerous cities for Iraqi Christians.  One day, a young man pretending to be a patient walked into his office, pulled out a gun, and shot Dr. Yousef in the face at point-blank range.  Miraculously, he survived, and CSI helped him receive medical attention in Jordan.

Today, Dr. Yousef is able to walk and speak again, and is even able practice medicine three days a week!