“We hardly touch anybody except security personnel and Christians and those who have betrayed us.” 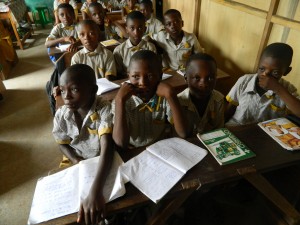 Many Nigerian Christian refugee children are able to continue their education, thanks to CSI.

On December 25, 2011, a Toyota Camry pulled into the parking lot of St. Theresa’s Catholic Church in Madalla, Nigeria. As worshippers began exiting the church after Christmas mass, the car exploded. 42 people were killed.

A week later, the leaders of Boko Haram, an Islamic terrorist group whose name means “Western education is sinful,” made an announcement. They were giving all Christians in northern Nigeria three days to leave – or else.

From January 2012 to June 2015, Boko Haram and other extremists murdered over 5,000 Christians in Nigeria, and the targeted violence shows no signs of letting up. Hundreds of thousands of Christians have fled their homes in northern Nigeria for safer, Christian-majority regions,  such as Enugu, in the southeast. Many refugees we have met ran for their lives as Boko Haram was attacking, carrying nothing but their children and the clothes they were wearing.

CSI teams travel regularly to Madalla, Nigeria, to meet with the survivors of the Christmas Day bombing, provide them with funds for medical treatment, and help those who lost their livelihoods start over with small businesses.

We also work with Christian refugees in southern Nigeria, sending over 100 Nigerian Christian refugee children to school, providing food, clothing and education for Christian children orphaned in Boko Haram attacks, and supporting refugee families with microloans to start new businesses in the south.

CSI also brings aid directly to Christians living in northern Nigeria, many of whom have seen their homes, towns and shops destroyed by Boko Haram.

YOUR GIFT WILL PROVIDE NIGERIAN CHRISTIAN TERROR VICTIMS WITH: 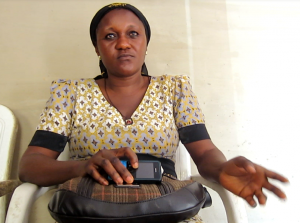 On December 25, 2011, my husband and my son, Michael, were at the 6:00 Christmas mass at St. Theresa’s Catholic Church. Michael was a year and a half old at the time. After the service ended, my husband and son exited the church, and my husband went to buy some chocolate in the courtyard. He set Michael down on the ground. At that moment, the bomb went off.

The blast carried Michael far away from his father. Both of them were hurt. My husband heard Michael screaming, and managed to crawl towards the sound of his crying, and found him. Both of them were taken to the hospital. My husband was hospitalized for almost two months, and they operated on him four times, because he had shrapnel lodged in his arms and legs. My son was traumatized. He is nearly four years old now, but even today, if he sees a helicopter or a plane, he will shout, “Bomb!”

Boko Haram did this because they don’t want us to worship God. They wanted to make us afraid to go to church. For a long time, I couldn’t come to church because the fear was so great. With time, and the encouragement of many people who came to our house to visit us and encourage us, we were able to come to church again.  We have much faith.  But even as we come, we are still afraid.

Through your help, the money and encouragement you are giving, my husband was able to have a final operation. Today, he’s much better. He’s still going to physical therapy, but his hands are straight now, and he can work again at his job as a painter.  I thank God, because God really used you people to make him stand again.  I’m so happy and I’m very grateful.  Thank you very much. 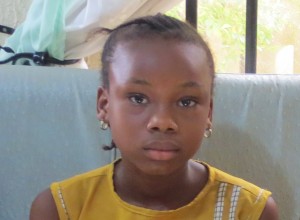 Joy’s family fled their home in northern Nigeria after Boko Haram threatened her at her school.

I am in grade 6. I came here to Enugu with my family from Borno State last summer, because of the Boko Haram issue. We came in a bus. Now we live in the house of one of my father’s friends. It is very small. My parents are still searching for work.

Boko Haram is very mean and wicked. Sometimes they dress like normal men, sometimes like soldiers. They came to my school and threatened me, telling me to stop coming to school or else they would kidnap me.

Now my siblings and I go to a Christian school in here in Enugu. It is a great environment, and I like it, because no one disturbs our peace. I like Enugu, and I want to stay here.

Joy is one of 100 displaced Nigerian Christian children whose education CSI is funding in Enugu City. 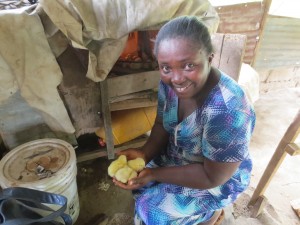 Victoria fled from northern Nigeria with her family after terrorists attacked the market in her town.

The first time the CSI team met Victoria, she was visibly ill and destitute after fleeing her home. Through our local partners, CSI provided funds for medical treatment for Victoria, and a microloan for her small business. Three months later, we spoke to her again.

I fled to Enugu from northern Nigeria at the end of 2012. My husband and I went out in the morning to go to work.  There was a bombing near us, and people started running away.  We ran with them, but then we met people running from the opposite direction, who said that there was killing in that direction too. We didn’t know where to run to. We found a vehicle passing by, and got into it. We left everything behind in that moment. There was no time to go back for anything in our house. This is a story that has happened many times in the North.

My medical treatment was interrupted by our flight, and I started getting serious pains. Now, I’ve been able to start taking drugs again, and between that and taking the doctor’s advice, I feel better. I used my microloan to invest in a poultry business. I started with very small quantities, I sold the birds I grew, paid back part of the loan, and bought more chicks.

I thank God! My business is doing very well.  The loan repayment is not too difficult; I pay back monthly.