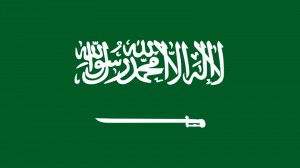 Tomorrow, President Obama is traveling to Saudi Arabia, to meet with the leaders of that country.

Saudi Arabia is one of the world’s leading persecutors of Christians:

–          Christian guest workers are often tortured, arrested and deported for simple acts like gathering for worship in a private home.

Despite all this, President Obama’s advisor Ben Rhodes called this alliance “one of our most important relationships in the Middle East.”

Are you happy about this?

We aren’t.  CSI’s Dr. John Eibner has written to President Obama, asking him to make “the U.S.-Saudi alliance conditional on fundamental change in the repressive and destabilizing behaviour of the Saudi state.”

If you agree, please take a few seconds to:

Thanks to you, the number of people who understand these truths is growing.  It may take time, but together, we will be heard!