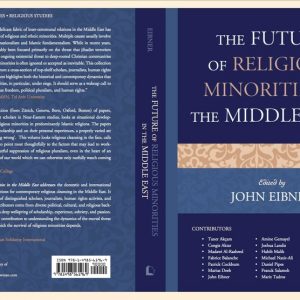 Westlake Village, CA Media Release In 2012 in the aftermath of the “Arab Spring,” Christian Solidarity International launched a lecture series entitled “The Future of Religious Minorities in the Middle East.” Twenty distinguished scholars, journalists and political practitioners gave talks on the subject in Switzerland and the U.S. Now they have been published together in… Read more »

Dr. John Eibner was featured on the Eric Metaxas Show on December 7, 2017. He spoke about Slavery in Sudan and the persecution of minorities in the Middle East. Listen to the whole segment below.