During his latest trip to Nigeria, CSI’s Program Manager for Nigeria, Franco Majok, visited three areas in which CSI is active: Maiduguri (Borno state), Kano (Kano state) and Jos (Plateau state). He reports on the current situation in each of these cities, on the challenges faced, and on how CSI and its local partners are going forward.

Nigeria is the largest country in Africa. For Christians, it is also the deadliest country in the world. It is the birthplace of the Islamist militant group Boko Haram, which the UN estimates has killed over 20,000 people, and forced 2 million people to flee their homes since 2009. In the areas controlled by Boko Haram, the Christians who remain are forcibly converted to Islam. In other parts of northern Nigeria, the population is living under oppressive shariʿa law, and bands of well-armed Muslim Fulani herdsmen are waging a campaign of ethnic cleansing and brutal massacre against Christian villages.

Since 2013, CSI has been on the ground in Nigeria, helping Christians displaced by the terror. In February, CSI’s Nigeria Program Manager, Franco Majok, went to northern Nigeria, visiting CSI’s many projects there. This is what he found.

Maiduguri: refuge in the midst of violence?

When Franco Majok arrived in Maiduguri, the capital of Borno state, the city was relatively quiet. It was the first time that the security situation had allowed him to make the trip. The heavy military presence throughout Maiduguri attested to the fact that Boko Haram remains undefeated in the countryside, despite renewed efforts by the Nigerian military.

“Boko Haram has destroyed most of the Christian villages in north-eastern Nigeria,” reported Franco Majok, who had the opportunity to visit three of the four camps for displaced Christians in Maiduguri. The largest camp houses about 4,881 people, and is the only one recognised by the Nigerian government. Despite this official recognition, the situation in the camp is very precarious: food and medicine are lacking, the children have no access to education.

The Catholic diocese of Maiduguri, CSI’s key partner in Borno state, administers another, smaller camp, where conditions are considerably better: the children go to school and local Christian doctors volunteer to treat the sick at lower costs. CSI helps displaced Christians in these camps through distributions of food and medicine, and is hoping to develop more long-term projects.

After Maiduguri, Franco Majok went to Kano State. Here, the threat is not Boko Haram, but the marginalization of Christians in this Muslim-majority state, where shariʿa law has been fully implemented since 2000. “These Christians are from the Hausa tribe, an overwhelmingly Muslim tribe. In the six remote villages where they live, they are denied everything,” Franco Majok explained. Indeed, they have no clean water, no electricity, no cell reception, no school and no hospital. Politically, even at the lowest level, they are grouped with larger Muslim villages, so that they remain under-represented in the government, and their needs unmet.

To help these villages, CSI collaborates with the local diocese, which is extremely well organized thanks to the relentless work of Bishop Niyiriny. While in Maiduguri the focus is still on meeting the immediate needs of those displaced by Boko Haram attacks, in Kano, CSI and its local partners can concentrate on long-term projects.

The diocese has recently finished the construction of a hospital, for which CSI helped cover the equipment costs. CSI is also contributing to the drilling of a borehole, which will provide access to clean water. The bishop is about to launch a pilot project to train a team in farming techniques and seed management. This team will then receive a tractor and start working on a small parcel of land. If the experiment is successful, the project will be extended to more villagers. Another idea is to teach a group of young people how to make soap and yoghurt, with the aim of starting a small business.

Jos: hope for the future

After a four-hour drive through countless military and police checkpoints, Franco Majok reached the final destination of his trip: Jos, the capital of the majority-Christian Plateau State. The journey took him close to southern Kaduna, where CSI is also active, but due to ongoing fighting involving Fulani herdsmen, he could not visit the area. “This difficult journey reminds us that security in northern Nigeria is always difficult, especially when you travel outside big cities,” Franco Majok commented.

Many Christians from the north-east, fleeing the devastation and death brought by Boko Haram, have sought refuge in Plateau state. In Jos, CSI works with the local Stefanos Foundation, which administers a camp housing 42 Christian families from Borno state whose villages were destroyed by Boko Haram. Of the camps that Franco Majok visited, this was the one with the best conditions: there are even a school and a small clinic inside the camp itself!

CSI is helping people in the camp to start their own farms and businesses. On this trip, CSI helped two people rent a piece of agricultural land to start a small farm, and helped another to set up a goat-selling business. It is crucial for the people in the camps to have hope for a better future. With their own businesses, they are not just victims anymore, but workers and providers for their families.

“The fear of Boko Haram and Fulani herdsmen is everywhere”

Borno, Kano, Plateau, and southern Kaduna: on the surface, the situation might differ from state to state, but in each case, Christians are under pressure from the forces of Islamization, whether in the form of the violent terrorist organization Boko Haram, attacks from Fulani herdsmen, or more insidious types of marginalization. Some Christians have been forced to leave everything behind for an uncertain life in camps; others are striving to remain on their ancestral lands despite the danger. All are in need of hope.

“The fear of Boko Haram and Fulani herdsmen is everywhere,” noted Franco Majok upon his return from Nigeria. But even in the face of this fear, Christians across Nigeria are showing that they have the courage and strength to move forward and keep building their communities, if only we stand with them. 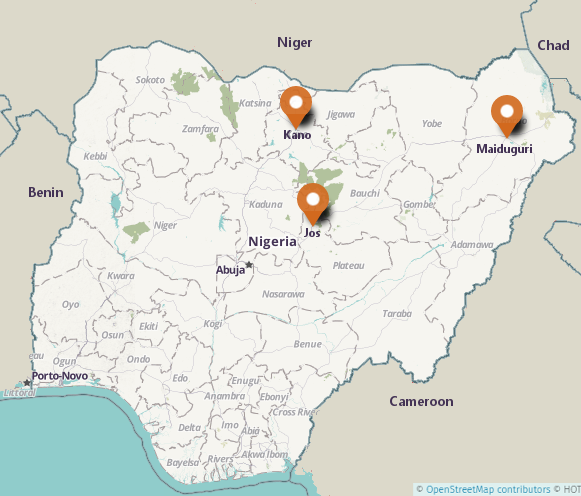 During his latest trip to Nigeria, CSI’s Project Manager for Nigeria, Franco Majok, visited some of CSI’s projects in Maiduguri, Kano and Jos. 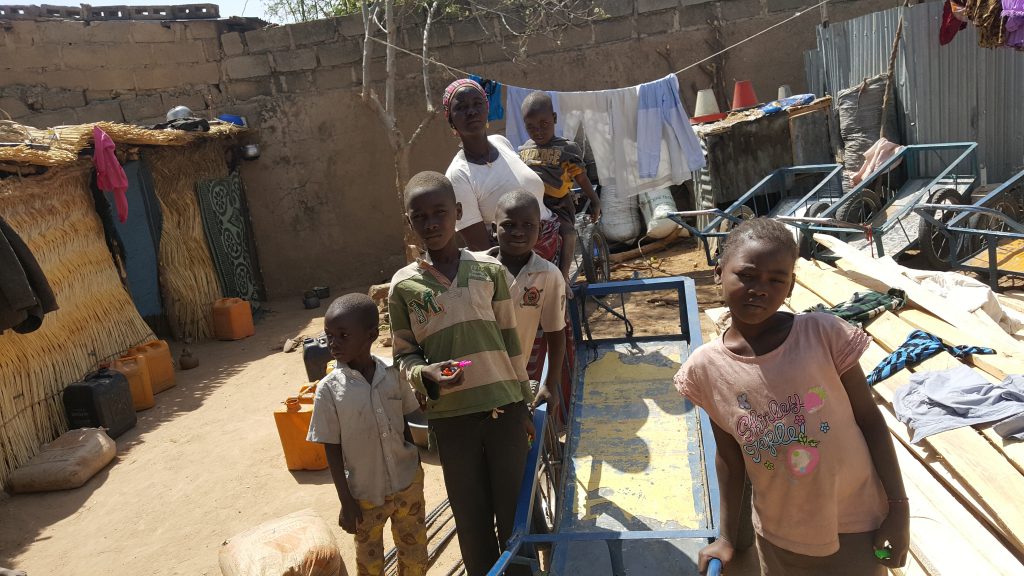 After being separated during their flight from Boko Haram, this family was finally partially reunited. They live now in a camp in Maiduguri. The father and one child are still missing. 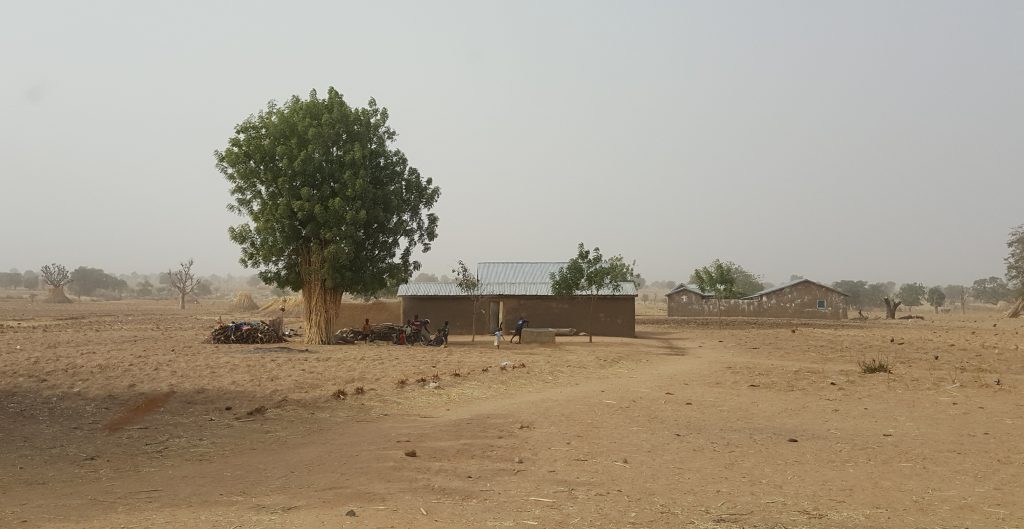 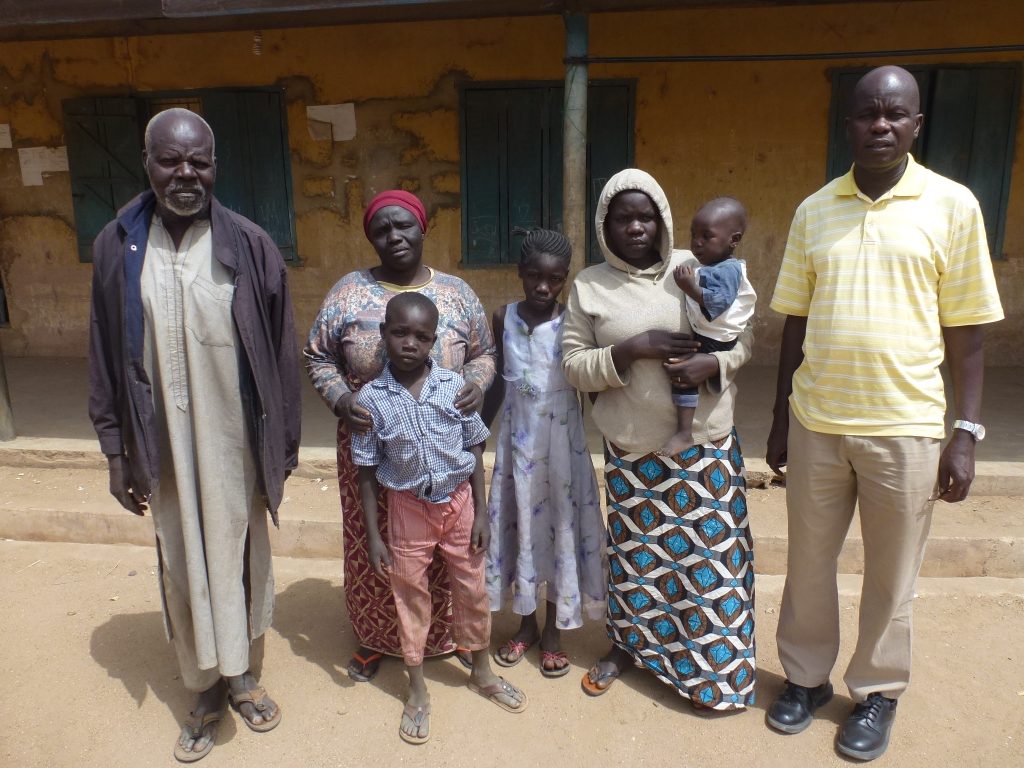 This family lost everything to Boko Haram, including their cows, and live now in a camp in Jos. “I want to support my family, not wait around in this camp,” said the father (left) to CSI’s Franco Majok (right).