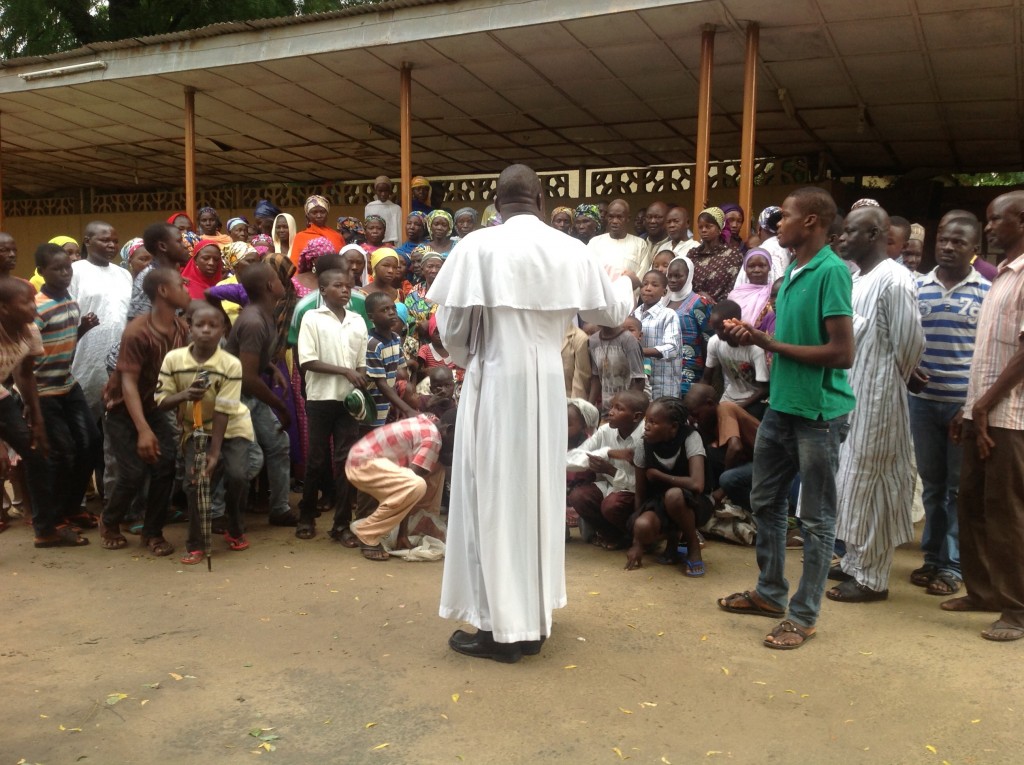 On January 3, 2015, the Islamist terrorist group Boko Haram attacked the town of Baga, Nigeria, slaughtering as many as 2,000 people. It was Boko Haram’s worst attack in a three-year campaign of genocide that has included massacres at many Christian schools and churches, and which began with Boko Haram’s  announcing its intention to cleanse northern Nigeria of all Christians.

Hundreds of thousands of Christians and others have fled from Nigeria’s majority-Muslim north to its majority- Christian south to escape Boko Haram. CSI has been providing  these refugees with medical treatment, education, food and other basic necessities for years. But thousands of Christians did not have the means to flee. So this year, CSI began delivering aid to Christians stranded in northern Nigeria – living in terror from Boko Haram attacks.

In Adamawa and Borno states in northern Nigeria, as our partners there write,

the terrorists have been advancing unchallenged and are occupying more and more villages and communities. Consequently, many people are killed, many are forced to accepting their ideology or running for dear life. Although everyone that does not accept their ideology are targeted, the Christian is an “automatic enemy” to be eliminated. This forces the Christians out of their homes, land and villages. Many hectares of cultivated land, with crops yet to be harvested have been left to the birds and ants. Those into animals rearing had to escaped leaving behind their animal farms; likewise those with small businesses had to abandon it to save their lives. The affected Christians communities are faced with serious problems of feeding, clothing, shelter and medical aid. The consequences of all these are enormous.

Those Christians unable to flee to the South have moved to the cities of the North. Even there, it is too dangerous even to make refugee camp: “because Christians are the first target, if Christians are kept in a camp, we cannot rule out the possibility of an attack.” Christians from the countryside instead crowd into homes of other Christians – sometimes three, or even six, families in a single home.

So far, 2,150 families have received food packages, hundreds of vulnerable nursing mothers and elderly people have received blankets and crucial mosquito nets as a protection against malaria, and many more have benefited from medical treatment financed by CSI. 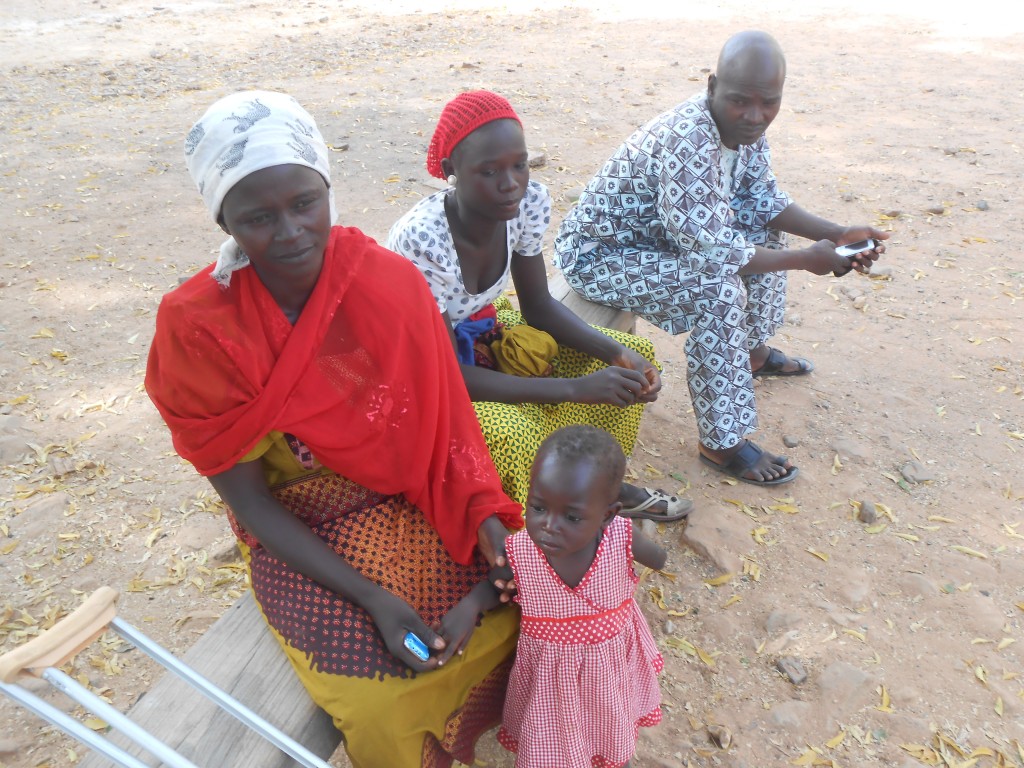 Mary was at church with her husband and seven children on January 26, 2014, when Boko Haram attacked.

We rushed out of the church to run, with my daughter on my back. At the door of the church, I was shot in my hand and fell to the ground. I thought I had only been shoved, so I got up again and started running and was shot again, this time on my leg. I could not run again, so I stayed there in the pool of my blood the whole day. By the time I came to my senses I discovered that my daughter’s hand was shot also and she was bleeding. It was in this attack that my husband was shot and killed. He is among the forty-one men who were killed in the village that day they came.

Mary’s leg, and her baby daughter’s left hand, had to be amputated. Boko Haram attacked the next two towns Mary moved to with her children, forcing them to flee each time. She lost all her property in the attack that killed her husband, and for a time was even separated from some of her children. CSI’s support for them comes at a crucial time.

When Boko Haram attacked Rita’s city, Mubi, on October 29, 2014, she fled in her car with her brother and his family. 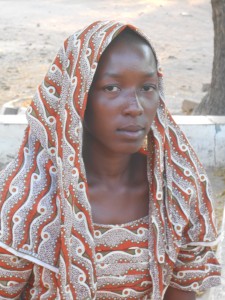 The fighters stopped their car and asked Rita’s brother whether he was Muslim or Christian:

He admitted being a Christian. They gave him the option to renounce his faith, which he refused. At this they shot him on the leg and asked him again. He refused again and this time they killed him.

Rita, her brother’s widow and their children were held captive by Boko Haram for a month. They were kept in a house with 27 Christian prisoners. “We encouraged ourselves to pray and fast. They always preached to us to convert to Islam but all 27 of us refused.”

Finally, Rita and the other Christians were able to escape in the chaos of a fight between Boko Haram and the Nigerian military. They walked for six days through the bush until they reached the city where they were met by CSI’s partners.

Another Christian who received aid from CSI, also named Rita, says, “When the situation started becoming bad, with no sign of help from the government, my husband decided to leave me with our children,  since we thought Boko Haram would not harm women.” When Boko Haram fighters came to her village, they threatened to kill the women unless they turned over their husbands. So Rita fled with her four children to neighboring Cameroon. They stayed in a crowded hall with over fifty other refugees for eight weeks:

Within few days of reaching their there came an outbreak of diseases: cholera, diarrhea, measles and cough. There was no food and good medication. Two of my children were infected with measles and the only money I had was $35.00.  I used the money to treat my children and even assisted a woman there who had no money to treat her child. Eventually, the medical personnel started refusing to treat us when they found out we were from Nigeria, even if we had money.

“When the things became unbearable” – when people began dying of disease en masse – “we decided to leave the camp.” Rita traveled with her four children through the mountains for three days, sleeping in the bush, back towards Nigeria. Finally, they reached a city, where Rita “asked to be taken to any church. I was brought here to this church, where you found us.”

Simon and his five children survived five separate Boko Haram attacks, fleeing to three different places to escape. Unable to find work in their current city, Simon says, “I survive on the goodwill of the Church and other people of good will. On two occasions, we have received relief materials from the government, though it was very minimal.” He hopes to be able to send his children back to school soon. He wishes to thank CSI’s partners “who have been so generous to my family and other IDPs (internally-displaced persons).”

The situation is far from improving. Some IDPs do not even think of going back home, even if things improved. They do not know how they will begin life again, since all they have are gone: their houses, farmlands, animals, crops, all destroyed and all their sources of livelihood. So we continue to appeal for your prayers and support so that our Christian brothers and sisters will go back to their homes and begin life once again.

I wish to conclude by borrowing the words of Jesus in the Gospel of Luke which says: “He who is not with me is against me and who does not gather with me scatters” (Lk 11:23). I wish to, on behalf of all the Christians suffering in this part of the world, thank you (CSI) for recognizing and acknowledging our sufferings, our difficulties, our troubles, our pains and our hardships, and for standing by us in this challenging moment. May the Lord in his abundance, bless you and all who have contributed to assisting us.

To help CSI stand with Nigerian Christians during the time of genocidal terror, please donate now.