William Warda: “Iraqi Christians and other Minorities Heading Towards Extinction” 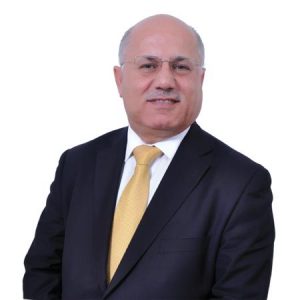 ZURICH – “There will probably be another crisis after the ‘liberation’ of Mosul from the Islamic State,” William Warda, the Chairman of the Iraqi Minorities Alliance and co-founder of the Hammurabi Human Rights Organization, warned in a CSI-hosted lecture here Tuesday.

As the Iraqi, Kurdish and Turkish armies and their respective proxy militias advance on Mosul, supported with American air power, Mr. Warda raised the sobering prospect that a coalition victory over the Islamic State (IS) may not mean a genuine “liberation” for city’s civilian inhabitants nor for the hundreds of thousands of displaced religious minorities.

“Most of the displaced people”, Warda predicted, “will not return to their homes if there is no rule of law and justice.” If neither the Iraqi government, nor a great power like the U.S. or Russia, establishes security, there will surely be continuing violence, perhaps even open warfare between the competing “liberators.”

“It has a been a year since the Yazidi region of Sinjar was ‘liberated’ from the Islamic State,” Mr. Warda pointed out, “but fewer than 5% of the displaced Yazidis have returned.”

In his wide-ranging talk, Warda highlighted the many atrocities endured by Christians and Yazidis since Iraqi independence in 1932, culminating in the wave of terrorism that reduced the Christian population of Iraq from 1.5 million in 2003 to less than 300,000 today. After the American invasion, Islamic extremist groups targeted minorities for murder and abduction, and treated their property and even their female relatives as ghaneema, or just spoils.

“Mass displacement robbed Christians” of their traditional strengths in business and education, Warda said. “In the near future, we may expect illiteracy among Christians. The rate was zero before. Fewer Christians are getting married or having children. …If there is no dramatic change in the trajectory of violence, Christians and other religious minorities in Iraq are on their way to extinction.”  Should this come to pass, Warda forecast, Iraq itself will have no future.

Warda noted that the United States correctly acknowledged that the Islamic State had committed “genocide” against Christians, Yazidis and other minorities like the Turkomans, Shabaks and Kaka’i. But he pointed out that it was Washington and its partners in the Kurdish Regional Government (KRG) who “suddenly withdrew their forces and left the minorities to face the Islamic State, without so much as a warning”. He furthermore observed that the Shi’ite-dominated government in Baghdad demonstrates symbolic contempt towards non-Muslim minorities by refusing to repeal Article 26 of the National ID Law, which forcibly Islamizes children if even only one of their parents converts to Islam. Furthermore, this past week, the Iraqi parliament passed a ban on alcohol, a traditionally Christian area of commerce.

“The mentality of those who are in power in Erbil and Baghdad,” Mr. Warda said, “is to either dominate, control and contain minority capabilities, or eradicate them.”

Compounding the disaster is the fact that “the international community’s involvement for minorities is very weak,” Warda said. During the U.S.-led Operation Iraqi Freedom, it was clear, Warda observed, that “the non-Muslim religious minority communities were out of the American equation, while Washington’s attention was directed only towards the Shi’ites, Sunnis and Kurds.” Iraq’s Christian and other religious minority communities paid what Warda called a “high price” for the American invasion and occupation of Iraq.

Warda regarded proposals for an autonomous Christian province in the territory reclaimed from the Islamic State with skepticism. “There is no doubt that someone is pushing Christians and Yazidis to ask for this, because they think this province will be joined to the KRG or another region,” he said. “This solution doesn’t serve Christians,” since of the hundreds of thousands who were driven from their homes in the area intended for such a province, “50% have left the country already.”

If religious minorities are to survive in Iraq, Warda concluded, there are no substitutes for the rule of law, backed up by strong guarantees of protection from the international community. “The central government and the KRG have lost the trust of the minorities,” Warda said. “They need a new mandate or sponsorship by the UN or a superpower” to guarantee protection and justice. “Minorities can survive under a decentralized, civil democratic system that recognizes political, religious ethnic and cultural diversity.” But this must be rooted, he continued, in security and the rule of law. In the absence of this Iraq’s minorities will choose the only route left to them: emigration.

While expressing appreciation for William Warda’s talk, Dr. John Eibner, the Director of CSI’s Middle East program, commented, “It is not yet clear whether the current reconquest of Mosul, which was already ‘liberated’ in 2003, is a real liberation, or simply another milestone in the destruction of Iraq’s minority communities.”