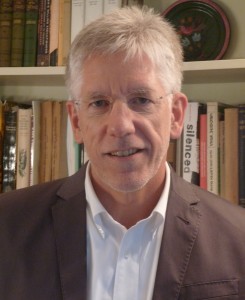 Three years ago, CSI issued a Genocide Warning for Christians and other religious minorities in the Middle East. At that time, few American Christian leaders were willing to address the existential crisis facing the region’s persecuted Christian communities.

Yes, Popes Benedict XVI and Francis I regularly drew attention to the plight of Christians in the Middle East, and CSI publicized their expressions of solidarity with the persecuted.

What is less known in America is that the Russian Orthodox Church has also been in the vanguard of defending the rights of Middle Eastern Christians. In the early days of my human rights work, the Russian Orthodox Church was severely persecuted by militantly atheistic Soviet authorities. With the collapse of the Soviet system, they have been using their new freedom in the effort to inspire other churches and the international community to act.

Earlier this spring, a senior Russian Orthodox leader, Metropolitan Hilarion of Volkolamsk, issued a powerful challenge to American Christians and others of good will. He prophetically stated:

“At present in the Middle East there is unprecedented persecution of Christians. The rapid spread of terrorism and extremism on religious grounds has led to a real genocide. It is only together that we can save our brothers and sisters from violence in the old blessed lands where the very term ‘Christian’ originated. I hope that an increasing number of Christian churches will be involved in this important mission.” (You can read excerpts from Metropolitan Hilarion’s excellent interview here.)

It is gratifying to now see American church leadership beginning to speak out collectively. On May 7, over 175 senior American Christian leaders, both clerical and lay, issued a “Pledge of Solidarity and a Call to Action” on behalf of Christians and other small religious communities in the Middle East. They state:

“In today’s Middle East, the majority of the Christian faith communities, which include Orthodox, Catholics, and Protestants, suffer violence, abuse and injustice from extremist Islamic forces by virtue of being Christian. Now facing an existential threat to their presence in the lands where Christianity has its roots, the Churches in the Middle East fear they have been largely ignored by their coreligionists in the West. … Now, new action is desperately needed by our churches, our government and our civil society institutions here in the United States, and by all people of good will to make that objective a reality.” (Read the full statement here.)

We are greatly encouraged by this American expression of concern. CSI hopes that it will mark the beginning of broader cooperation between American Christian leadership, the Vatican, the Russian Orthodox Church, and especially the churches of the Middle East to boldly confront the forces of religious intolerance and bigotry.

Thank you for your solidarity.